Bellerose Bulldogs to represent Canada at international climate conference, and local student Amplifies talks about heavy metal bees.
0
May 12, 2019 9:00 AM By: Kevin Ma 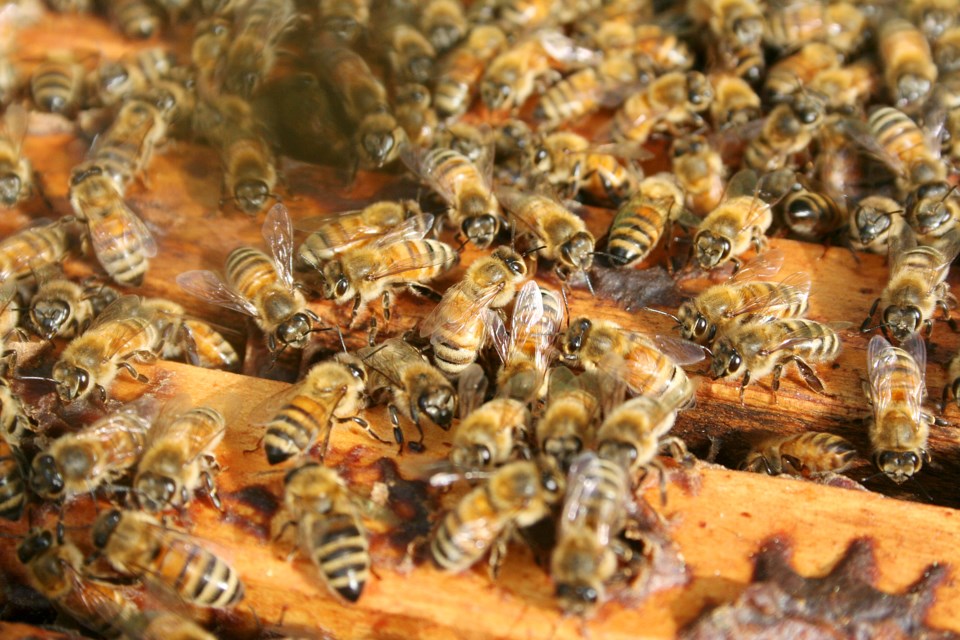 WE PREFER COUNTRY – A St. Albert U of A student is giving a free talk next week on the effects of heavy metal pollution on honeybees as part of the Amplifying Ideas festival.

Three Bellerose Bulldogs will be representing Canada this month at an international student conference on climate change.

Brianna Stals, Matthew Tuck and teacher Clayton Wowk have been selected to attend the World Summit of Students for Climate Conference in Finland this May 29 to June 5.

Organized by the non-profit ENO Schoolnet and the government of Finland, this international conference will draw about 100 teachers and 200 students from across the world to inspire collective action on climate change. It also aims to have students sequester three megatonnes of heat-trapping pollution by planting trees each year from now until 2025.

Wowk said Bellerose learned of the conference through a contact at UNESCO and successfully applied for a spot at it.

“As far as we know, we are the only three (delegates) from Canada,” he said.

Teachers at the conference will learn about topics such as the circular economy and carbon farming, the conference website says. Students will visit national parks, plant trees, learn about climate science and create an action plan to address climate change.

Tuck said he and Stals volunteered to go to the conference at the suggestion of teacher Sue Leighton, who knew of their interest in environmental issues.

“It’s a really big issue, and we’re seeing the effects of it all over Canada,” Stals said, citing recent floods in Quebec and the advance of the mountain pine beetle as examples.

Climate warming is affecting the composition of Canada’s forests and makes major forest fires like the one up in Fort McMurray more likely, Stals and Tuck said. St. Albert was smothered in such smoke for much of last summer due to fires in B.C.

Tuck said he and Stals had to create a video on how climate change had affected Canada and its forests in preparation for the conference – it will eventually be posted to the conference website.

Stals said she hopes to gain a more global perspective from this conference as well as ways Bellerose could help address climate change.

Tuck said it was an absolute honour to represent Canada at this conference, adding Team Bellerose would bring a unique perspective to it, given Alberta’s roots in the oil economy.

“We are the ones who will be inheriting the planet,” Tuck said, and it will be up to youths to make the decisions needed to address climate warming.

The Bellerose ambassadors depart for Finland on May 28. Visit wssc.enoprogramme.org for conference details.

University of Alberta chemistry and biology student Dana Koroluk is one of at least five St. Albert-area youths set to speak May 17 as part of the free Amplifying Ideas event.

The event is an offshoot of the St. Albert Amplify Festival, held each year in October, and is meant to give youths a chance to share ideas and build public speaking skills, said Kathleen Bell, who runs the festival for the City of St. Albert. Like TED Talks, the event features rapid-fire talks on a variety of subjects, followed by audience discussion.

This year’s event will feature talks on identity, youth engagement, safe spaces in the art community and the impact of anthropogenic metal pollution on honey bees.

Koroluk is speaking on the latter topic, which she researched as part of her university degree.

Mines and other industrial processes release copper, iron, lead and other heavy metals into the environment, she explained. These metals coat and get eaten by bees as they forage, causing mutations and making them less able to flip upright from their backs. Too much pollution, and you get a dead bee colony. Big industries and people can reduce metal pollution through proper disposal of their waste.

Amplify Ideas runs from 6:30 to 9 p.m. Friday at the Art Gallery of St. Albert. Visit bit.ly/2WA1PWp to register – spots are limited.