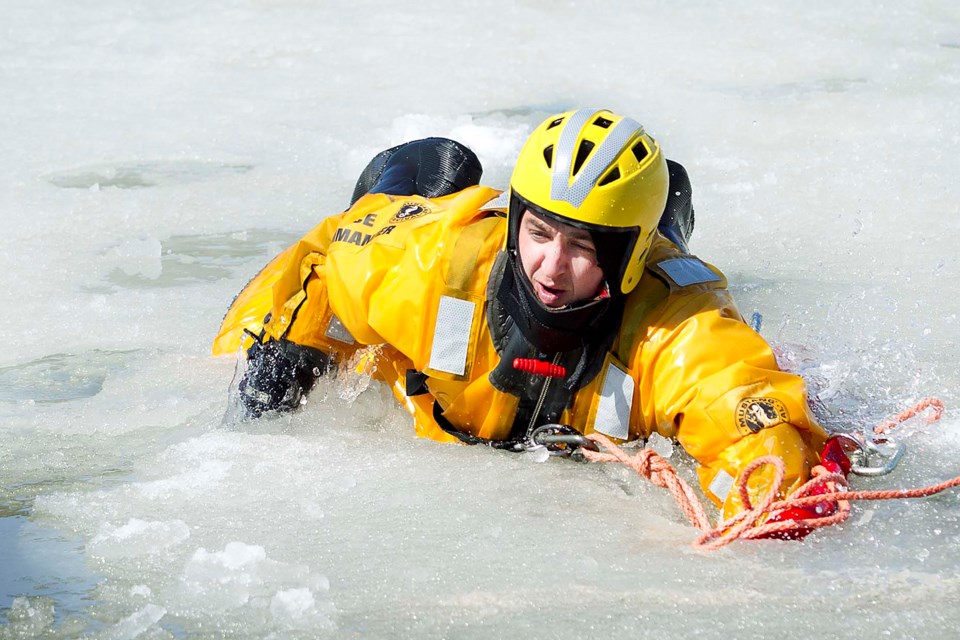 Global heating will likely mean less skating and more drownings on the Sturgeon as it thins our winter ice, a new study suggests.

York University researchers published a paper in PLOS ONE Nov. 18 on how warmer winters result in more winter drownings due to unstable ice.

The team looked at about 4,000 fatal drownings in 10 northern nations, including Canada, between 1991 and 2017 and compared them with climate records to see if warmer winters led to more winter drownings.

The team found winter air temperatures explained about 48 per cent of the variation in drownings between the 10 nations.

Countries saw relatively low per-capita numbers of winter drownings when average temperatures were below -10 C, as colder air meant thicker ice. The one exception was northern Canada, which Sharma said might be due to the large amount of ice fishing that happens there.

The team found winter drownings were most likely to occur toward the end of winter. Ice deaths in Canada followed a U-shaped curve, with peaks in November and April. This was most likely due to warmer temperatures, more sunlight and more freeze-thaw cycles in late winter, all of which promoted outdoor activity and thinner ice.

Zooming in on Minnesota as a case study, the team found children under nine accounted for 44 per cent of winter drownings that did not involve vehicles. Most had been playing or skating on the ice, and often lacked supervision or water-safety education. Young adults aged 20 to 24 made up the majority of winter drownings in vehicles, such as snowmobiles.

The team wasn’t able to confirm if drowning deaths had increased over time due to global heating, as they had just 26 years of data, but the trends definitely point in that direction, Sharma said.

“As temperature warms, we have more deaths,” she said, and climate research suggests the world is on track for warmer winters in years ahead.

“Climate change is all over the place even in areas we’re not thinking about,” he said.

Reducing carbon emissions will reduce the scale of global heating, but we're still set to see some warmth due to what we’ve already put into the atmosphere, Nodelman said. That means St. Albert residents will have to change their behaviors to adapt – say, by checking ice depth before going out to fish. They should also expect to spend more time maintaining outdoor rinks and less time skating.

In an email, City of St. Albert spokesperson Alex Cunningham said the city had not seen an increase in ice rescues in recent years and had not been tracking ice safety as it related to climate change. He cautioned residents against going out on rivers, lakes and ponds this winter, as they often have patches of thin ice due to flowing water underneath them.

Sharma’s paper can be found at bit.ly/3pQHFXw.