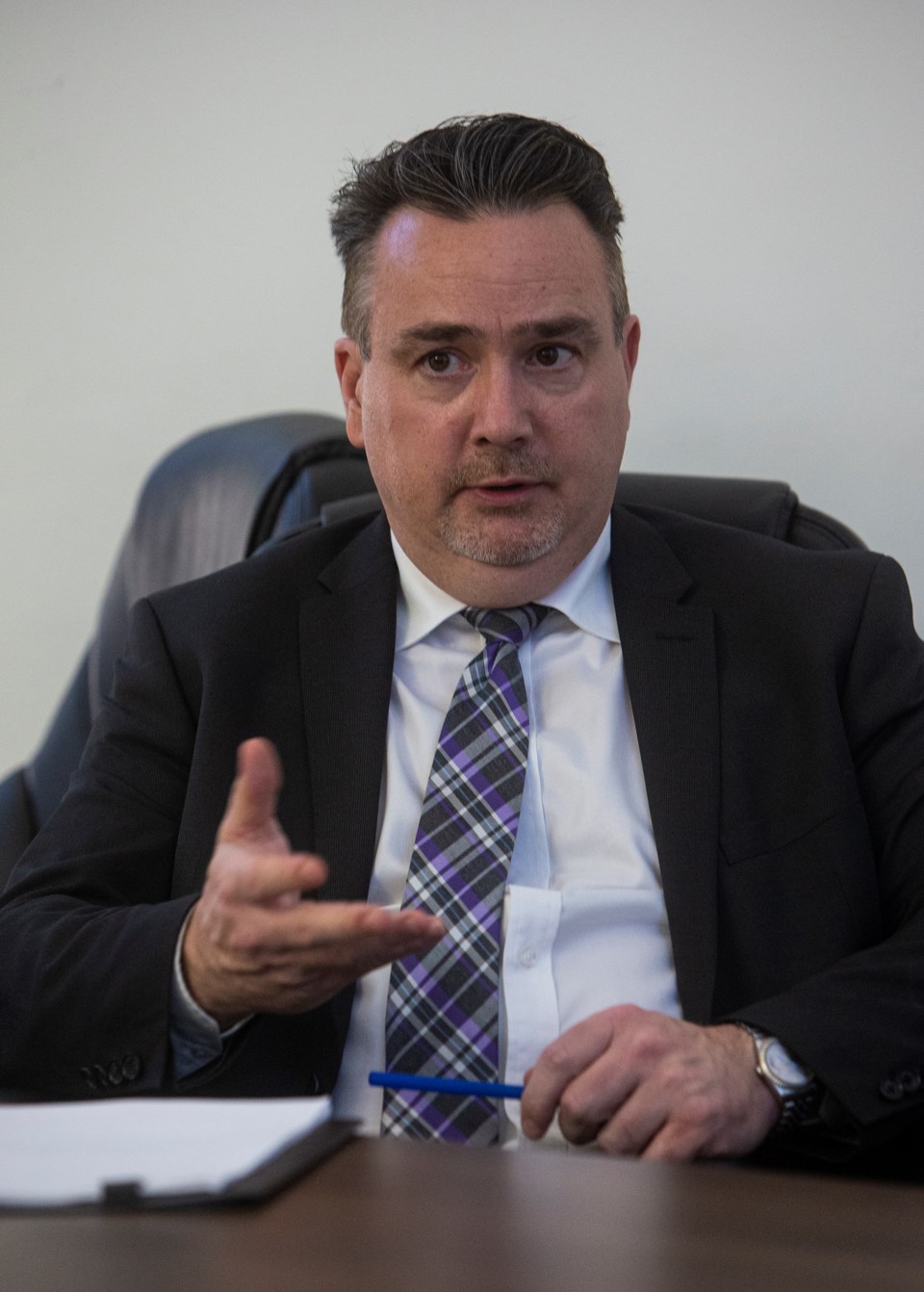 On Wednesday, Nally sat down with the Gazette’s editorial board to discuss a wide range of topics, including issues facing the province, his natural gas portfolio and his constituency.

The MLA said infrastructure spending is not stopping under the UCP government, and said it is important to continue to make infrastructure investments in order to grow the economy.

“That is an important part because we are going to be aggressive to get business to come back to Alberta. I can tell you that the Premier's office is having meaningful conversations with companies that are interested in changing (jurisdictions) and companies changing the jurisdictions doesn't happen overnight.

“We are having those conversations now to attract investment back,” Nally said.

The new corporate tax rate will be the lowest in Canada and will be lower than 44 of the U.S. states to be competitive on an international scale.

Nally also noted the $1.1 billion investment the government is making in the petrochemical diversification program to help spur business in the province.

Under the new government, Nally said companies he has spoken with have been cautiously optimistic.

“They’re struggling. They know they just don't fix us overnight. But you know, offering a lower wage rate is something that's helpful,” Nally said, referencing the youth minimum wage that was introduced by the UCP.

The MLA said the government's second bill, the Open for Business Act, has helped small businesses reduce costs through changing rules for banked overtime and holiday pay and cutting the youth minimum wage back to $13 from $15.

“(Businesses) are very appreciative of those changes that we brought in, that's making it easier for them to do business, but they also know that we're not done.”

Nally said the service industry has struggled since the economic downturn and a new panel was created to see if the wages for alcohol servers should be lowered below the current minimum wage of $15.

“I've spoken to many people in the service industry that made more money and tips before the minimum wage went up to $15 and they were getting more hours and ... bigger tips,” Nally said.

Since the release of the provincial budget, the local impact is beginning to be assessed and felt and three of the local school boards operating in St. Albert have said they will be facing cuts during this school year.

Sturgeon Public spoke out earlier this month, saying they are facing $3.3 million in cuts this year due to decreased funding from the province, which is more than the board can bear. The chair of the board Terry Jewell wrote a letter to the premier and several ministers stating the cuts will be felt in the classrooms and have a “direct and negative impact on our students, their learning and achievement.”

St. Albert Public Schools and Greater St. Albert Catholic Schools both said they are taking a financial hit to the tune of a combined $5 million this year.

Nally said some of the problems stem from the fact that the provincial fiscal year and the school year don’t line up, and that has left some gaps in the funding. The MLA said belt-tightening is happening all across the province, and while boards will be getting a reduction in funding, many have millions in reserves to dip into to get them through the tough times. Nally said across Alberta, there is around $380 million in school board reserves across the province.

“They should be able to live within their means," he said, adding the reserve funds should make it possible for school boards to cut "around the edges."

For school districts that don’t have reserves to fall back on, like St. Albert Greater Catholic School District, Nally said he is working with them to help find solutions.