A plan to hike transmission and distribution charges for electricity by 10 per cent in order to offset St. Albert's property taxes isn't sitting well with renters. Carolyn Wiese has been renting in St. Albert since December 2014.
Jun 15, 2018 10:10 AM By: April Hudson 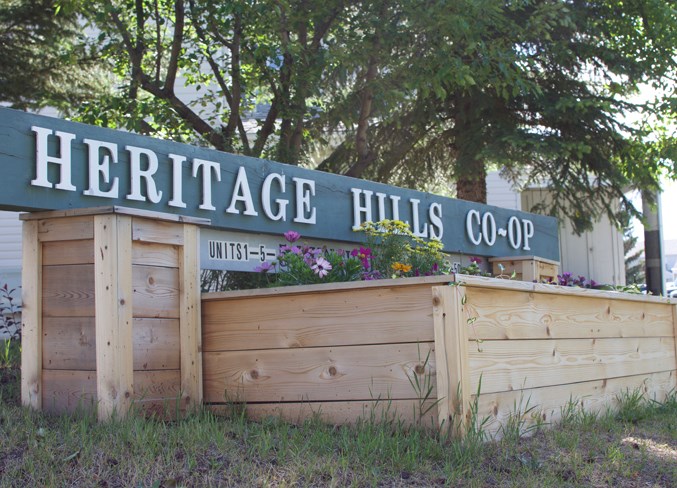 Heritage Hills Housing Co-op board treasurer Louise Beland says a proposed fee on electricity could throw a wrench in the works of the co-op's already stretched budget.

A plan to hike transmission and distribution charges for electricity by 10 per cent in order to offset St. Albert's property taxes isn't sitting well with renters.

Carolyn Wiese has been renting in St. Albert since December 2014. She says an increase to her electrical bill would have a terrible impact on her monthly budget.

City council will be debating the proposed electricity franchise fee June 25. If city council decides to bring in the fee, they will have to choose whether to introduce it at 10 per cent or whether to start with five per cent and increase it annually until it reaches 10 per cent.

The city intends to use the revenue from the fee to reduce residential and commercial property taxes.

Estimates from the city show homeowners would generally see a decrease in costs as their taxes would go down more than their electrical bills would go up.

Coun. Wes Brodhead, who is bringing the motion forward, told the Gazette in February a franchise fee would help spread the cost of services over a wider net as it would impact properties that don't traditionally pay property taxes, such as schools, nonprofit organizations and churches.

But other groups that don't pay property taxes, such as renters and businesses who lease shop space, would also pay more.

She has lived in the city for nearly a decade and used to own a home before moving to an apartment.

"This sounds terrible for us," she said.

Rice said she doesn't think the city should be bringing in a fee that negatively impacts people who don't own homes.

The city council is billing the proposed franchise fee as a user fee, but that doesn't fly with pensioner and former St. Albert alderman Louise Beland.

Beland is the treasurer for the volunteer board of Heritage Hills Housing Co-op, one of two housing co-ops in St. Albert. She deals with a budget of more than $900,000, nearly 10 per cent of which – $90,000 – goes to property taxes. Beland is writing a letter to city council on behalf of the board to express their concerns.

Beland doubts the co-op will see relief from property taxes equal to the increase in electrical costs. She says between mortgage payments, property taxes, maintenance and repairs to the 50 units in the co-op, there's no fat to trim in the budget.

Twenty-four of the co-op's units are low-income, with several of those including seniors on fixed income or people on AISH (Assured Income for the Severely Handicapped).

Co-op members pay their own electrical bills and the co-op also pays the cost of powering the complex's street lights and community hall. Beland says that means members would be hit twice by the franchise fee.

"When you're living on a specific fixed income, with the cost of everything else, it's a big deal. It becomes an issue," she said.

Beland also worries about the auxiliary impacts of a franchise fee. She sees the possibility of businesses that lease their properties needing to increase prices as their utility bill increases, while parents of school-aged children may bear the brunt of the impact of franchise fees on schools.

St. Albert Public Schools has estimated a 10 per cent franchise fee would cost them an extra $36,000 each year.

"The people who can afford it the least are going to be impacted the most," Beland said.

Cheryl Dumont, vice-chair for the St. Albert Housing Society, said the society has not yet taken an official stance on franchise fees. From a personal standpoint, though, Dumont says she sees those fees potentially being passed on by landlords to tenants.

"If that happens, unfortunately, rents will increase and affect those currently in or looking for low-cost housing in our city," she said.

"For the (housing society's) part, we are asking the city for a property tax exemption for affordable housing units."