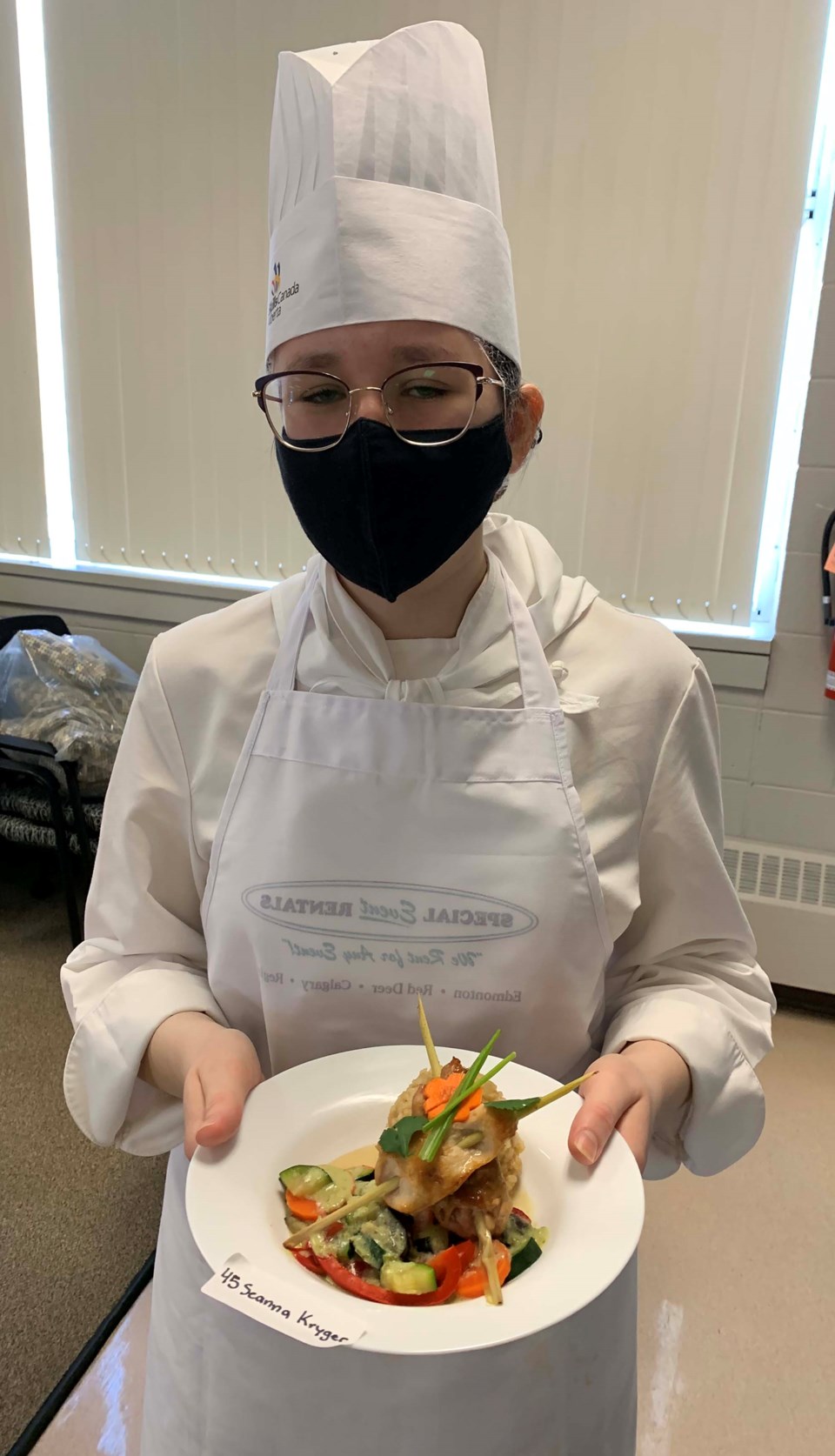 About 20 St. Albert and Sturgeon County students will compete against some of Alberta’s top amateur tradespeople this month as part of a province-wide virtual Skills competition.

Typically held in-person at the Edmonton Expo Centre, this year’s provincial tournament is being held online due to the COVID-19 pandemic, said Skills Canada Alberta spokesperson Victoria Anderson. Students would compete from their home schools under a judge’s supervision and be evaluated by expert panels observing by web-cam.

Some events have been modified for remote judging, Anderson said – there’s less emphasis on taste and more on technical skills and presentation in the culinary and baking events, for example, and no audience, as most schools don’t have the technology to host the hundreds of onlookers typically found at in-person Skills events. Events have also been spread out over four weeks instead of two days.

Anderson said some 21 students from the St. Albert and Sturgeon County region were expected to compete in 13 events, including carpentry, hairstyling and IT office software applications.

Paul Kane Grade 11 student Seanna Kryger is competing in the culinary arts event April 20. She would have six hours to produce a Thai green curry chicken stir fry, a mushroom-and-cheddar French omelette and a side salad.

A Skills rookie, Kryger said she was surprised to learn she had taken first at the regional Skills event held last March.

“I’ve always loved being in the kitchen and trying new recipes,” she said, and Skills gave her a chance to create cool new dishes she wouldn’t ordinarily try.

Kryger said she had to learn how butcher a chicken in preparation for this contest, and has also become much more precise with her culinary skills. She suspected her biggest challenge at provincials would be the French omelette, as it has to be extremely smooth and folded in a very specific way.

Grade 9 students Jillian Andrews and Sofiya Chvojka would represent Morinville Community High in the video production challenge on April 22. Contestants in this event have seven hours to produce a one-minute film on a mystery theme.

Andrews said she has been fascinated with film production ever since she was little and would often watch behind-the-scenes features to find out how films were made.

“I find it really cool that you’re in control of everything,” she said of editing, as you get to decide what gets shot and what the audience sees and hears.

Andrews said time management is the biggest challenge of video production contest, as seven hours isn’t a lot of time within which to produce a video. It was also tough to train for this event, as most of the challenge came from the random theme and spur-of-the-moment technical glitches (such as the one that forced them to re-shoot a four-shot sequence at regionals last month just one hour before deadline).

“We’ve got to up our attention to detail and make sure we don’t let anything slip, because one point could be the end,” Andrews said.

Kryger encouraged students to try out for Skills.

“It’s a really fun way to perfect your skills and try something new.”

Winners of the Skills Canada Alberta competition will be announced in an online ceremony at 6:30 p.m. on May 13. Visit skillsalberta.com for details.