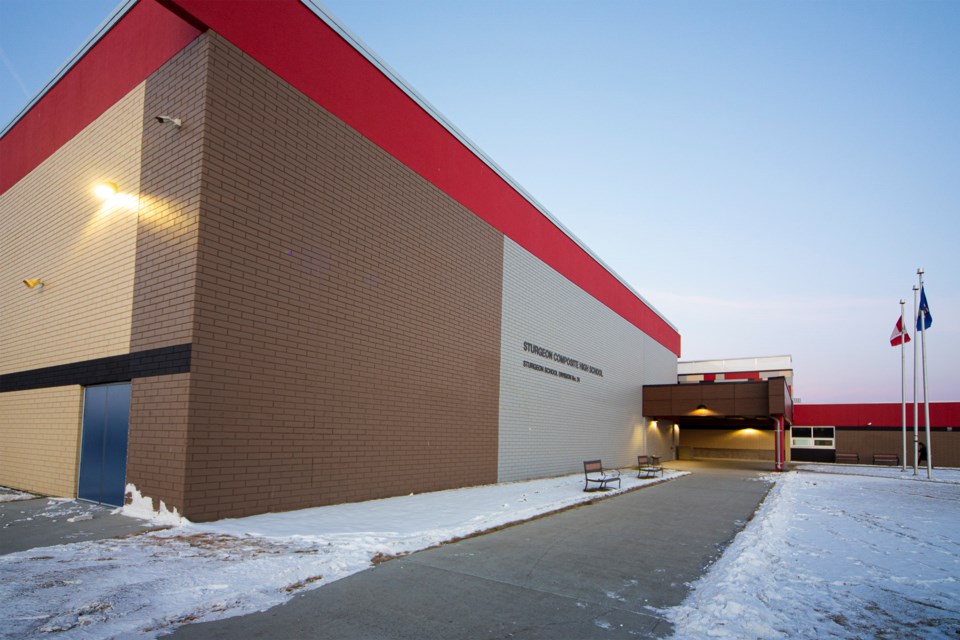 The Sturgeon Public School Board is one of many school boards across the province grappling with funding cuts after the release of the provincial budget last month.

On Nov. 1, chair of the Sturgeon Public School Board Terry Jewell wrote an open letter to provincial politicians outlining the $3.3 million in cuts the board will be facing this year.

“Several significant changes arising from the 2019 Provincial budget far exceed that which our rural Division can bear,” Jewell wrote.

The deficit is impacted by the loss of $2.6 million in class size initiative funding that was used to support kids in Kindergarten to Grade 3, as well as the loss of $632,487 from another grant.

The province announced a one-time transition fund to help aid school boards, but Jewell stated the funding is not enough.

“Some will say that the one time transition funding that we are receiving will ease the impact of these cuts – that is simply not the case. The loss of the $1.7 million one time Transition Grant next year will mean further draconian cuts and fee increases for our families.”

Jewell wrote the board understands and respects the need for the province to be fiscally prudent but reiterated the cuts the board has to make are “far more than our rural jurisdiction can bear.”

The chair stated the cuts to funding will be felt in the classrooms and have a “direct and negative impact on our students, their learning and achievement.”

“In order to balance the 2019/2020 budget the division will have to deplete our limited resources, increase fees and reduce staff across all schools and departments. The cuts will be deep and have a lasting effect.”

The division, which is home to more than 5,400 students, is a rural board and Jewell said the commitment to rural students is not present in the provincial budget.

“The Board of Trustees respectfully submits that your promise to Alberta’s students, that rural education is important and will be protected, is not reflected in the 2019 funding for rural education.”

Across the province, all school boards will be taking a hit, including the other two local boards. St. Albert Public Schools and Greater St. Albert Catholic Schools both said they are taking a financial hit to the tune of a combined $5 million this year.

That equates to a cut of $2.9 million for St. Albert Public Schools. Next year, the school division expects a reduction of $4.6 million. Greater St. Albert Catholic Schools, which includes the communities of St. Albert, Morinville and Legal, will see a cut of $2.5 million this year and expects to see a $3.6 million cut next year.

The boards say families should be prepared for less support in classrooms due to a potential increase in class sizes and potential reductions of staff. Families should also prepare for a potential change to transportation fees, as a key grant that allowed for free busing for eligible families has been discontinued effective this year. The school boards say fee structures had been set months ago and bus passes allocated accordingly.