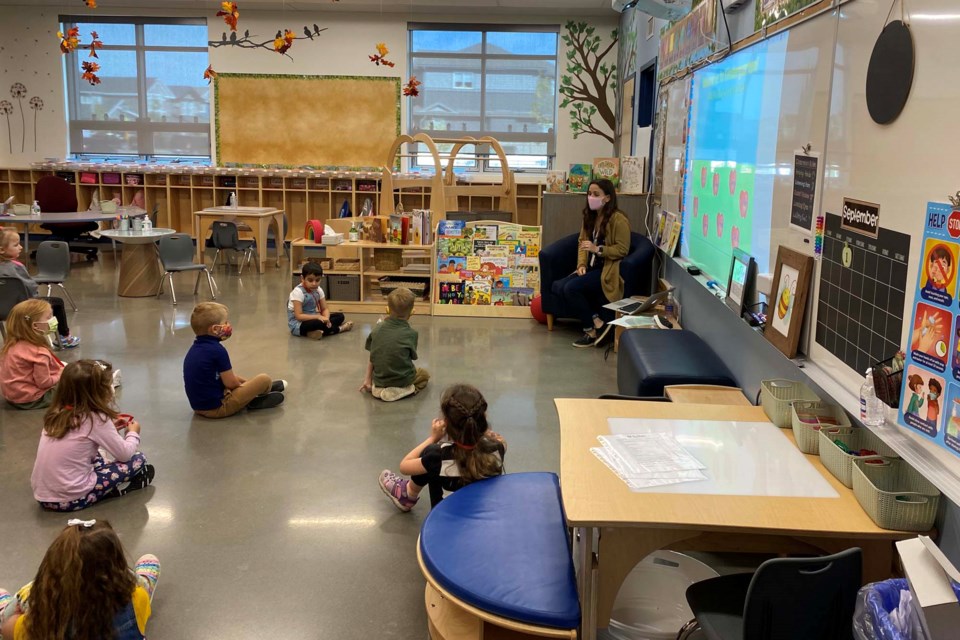 Two of St. Albert’s four school boards say they don’t plan to test-drive the province’s new K-6 curriculum this fall, with St. Albert Public calling for it to be rewritten before it gets deployed anywhere.

Alberta Education released its draft K-6 curriculum earlier this month. Parents, teachers, and Indigenous groups have since heaped scorn on it for being overloaded with content, amongst other issues.

A survey of some 3,500 teachers published April 8 by the Alberta Teachers’ Association found some 91 per cent were unhappy with the draft and 90 per cent were uncomfortable teaching it, said association president Jason Schilling. About 89 per cent did not agree that the draft had age-appropriate, logically sequenced content, while 86 per cent did not agree that it was developmentally appropriate with high academic standards.

“This curriculum overwhelmingly doesn’t work for Alberta’s elementary students,” said Schilling, who called on the province to rewrite the draft with teachers as a full partner in writing it.

Alberta Education has asked school boards to volunteer to pilot the new K-6 curriculum this fall.

St. Albert Public announced April 2 that it would not participate in the pilot.

Parents, teachers, and community members have told the board that the draft needed more review and did not represent the type of learning they expected youths to get in Alberta, said Catherine Coyne, curriculum services director for St. Albert Public.

“Piloting a new curriculum is a very time-consuming and costly endeavor,” Coyne said, as you had to retrain teachers, rewrite lessons, and find new resources and teaching techniques.

The board had already asked students and teachers to adapt to a lot of change during the pandemic, and wanted to restore at least some level of normalcy before putting the weight of a new curriculum on them, Coyne said.

“We want kids to be able to enjoy being in the classroom.”

Greater St. Albert Catholic superintendent Clint Moroziuk said his board had not made a decision on the pilot as of April 7, as it wanted to give its teachers a chance to examine the draft first. The board also wanted to know if it could test just parts of the new curriculum instead of all of it.

“We do have concerns with certain areas of the curriculum,” he said, although he declined to get into details as he did not want to influence the thoughts of the board’s teachers.

In an April 1 post on Facebook, Conseil scolaire Centre-Nord superintendent Robert Lessard said that while the board had previously said it planned to pilot the new curriculum, it had yet to make a final decision on a pilot and would do so after an in-depth analysis of the draft.

“The (board) has heard concerns around the province expressed by parents, teachers and students about the curriculum announced by the Minister this week. We also have concerns,” Lessard wrote.

Sturgeon Public decided last fall not to participate in the pilot, but would review the curriculum for comment, said spokesperson Karen Meurer.

Neither Sturgeon Public board chair Terry Jewell nor superintendent Mary-Lynne Campbell could be reached for an explanation of this decision.

“It’s a list of things to learn, but there’s no questions in there of why you are learning this,” he said – questions you need to ask if you want to encourage critical thought in students.

Many of the items in the draft were not age-appropriate, he continued, such as the junior-high-level concepts in elementary Math, and this could cause students to become frustrated and disengaged from school.

In a report scheduled to be discussed at their April 14 board meeting, St. Albert Public board trustees said they were concerned the draft curriculum was “highly prescriptive” with “an emphasis on rote learning and memorization” and “a Eurocentric narrative of knowledge and progress” that did not acknowledge the contributions of Indigenous peoples.

“We are very worried that the proposed curricula directions will not prepare our students for engagement in a complex and pluralistic world and that the draft curriculum, as presented, will damage Alberta’s reputation of offering a world-class curriculum,” the trustees said in the report.

Trustees called on the province to delay the K-6 curriculum pilot until fall 2022 and to use the next school year to revise it after robust consultation with teachers, parents and community groups.

The draft curriculum can be reviewed at www.alberta.ca/curriculum-have-your-say.aspx.