Residents have until Monday at noon to register to speak to council on three complaints. The city did not respond to the Gazette when asked how the public could speak to two of the complaints without knowing which members of council were involved.
Jan 23, 2021 5:49 PM By: Brittany Gervais 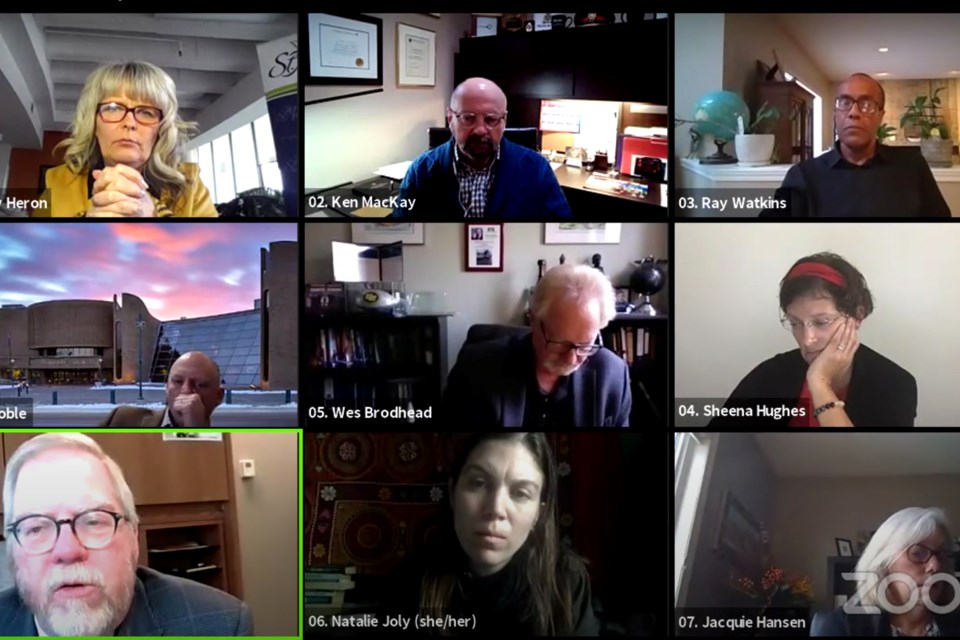 On Jan. 11, David Leflar, city director of legal and legislative services, suggested that the public be allowed to speak to formal complaints made against city councillors once it came back to council. St. Albertans now have until 12 p.m. on Jan. 25 to register to speak.

Two more complaints against St. Albert city council have been filed for travelling outside of St. Albert amid the COVID-19 pandemic, and residents have until Monday at 12 p.m. to register to speak to the complaints during the next council meeting.

Monday's council agenda includes an in camera discussion around three Code of Conduct complaints. One involves Coun. Sheena Hughes for travelling by air to Mexico over the Christmas holidays. The other two complaints involve travel within Canada earlier in 2020. The agenda report for the in camera item notes these two latest complaints involve travel to another Canadian province in July and travel to another Alberta municipality in October.

On Saturday afternoon, the Gazette was sent two photos of the formal complaint letters from St. Albert resident Mark Cassidy.

As the names of the complainants were redacted, the Gazette is working to independently confirm the details of the letters at time of publication. The letters identify Mayor Cathy Heron and Coun. Jacquie Hansen as the subjects of the two latest complaints. Hansen confirmed to the Gazette one complaint was against her.

That complaint, dated Jan. 14, stated Hansen had travelled to B.C. to visit with families and relatives around July 6.

At the time, Alberta Health had advised people against travelling outside the province over the summer, though there was no legal requirement in place. Anyone travelling between provinces was reminded to be sure they are aware and abide by the provincial entry, quarantine and public health requirements.

"In taking this non-essential trip, Councillor Hansen failed to provide a good example to the citizens of St. Albert as she is expected to do as an elected official," the letter reads. The complainant alleged Coun. Hansen breached Section 7 (c) and Section 7 (d) of the bylaw.

In a statement to the Gazette, Hansen confirmed she travelled to B.C. in early July to attend her son's wedding.

"I acknowledge that an anonymous complainant accused me of travel to B.C. in early July.  I did drive to B.C. at that time to attend my son’s wedding, which was attended by immediate family only and in accordance with guidelines in place at the time," Hansen wrote.

"I have chosen not to formally dispute the complaint and am respectful that due process will resolve the issue."

The other letter provided to the Gazette stated Mayor Cathy Heron travelled to Canmore around Oct. 25 to visit friends.

At the time, Edmonton Zone residents were asked to limit their social interaction to three cohorts, including a household cohort, a school cohort and one additional cohort. Social and family gatherings were limited to no more than 15 people. On Oct. 26, the number of St. Albertans with active cases of COVID-19 rose above 100 people for the first time.

The complainant alleged Heron breached Section 7 (c) of the council code of conduct bylaw, which states members shall "observe the highest standard of ethical conduct and perform their duties in office and arrange their private affairs in a manner that promotes public confidence and will bear close public scrutiny."

The complainant also wrote Heron breached Section 7 (d) of the code, which states members shall "serve and been seen to serve the welfare and interests of the City as a whole and the community at large in a conscientious and diligent manner and shall approach decision-making with an open mind."

The Gazette has reached out to Heron for comment.

The deadline for St. Albertans to address their elected officials on these three complaints is in a background section of the in camera item in the council agenda.

The document states St. Albertans have until 12 p.m. on Monday, Jan. 25, to register to address city council on these complaints. Those interested must send an email to [email protected] The agenda itself was released late Friday afternoon, and the city has not issued any other information to let residents know about the deadline.

Residents will have five minutes to address council after the in camera discussion.

On Friday, the city told the Gazette it could not confirm that Hansen and Heron are the two members of council involved in the latest complaints. It also declined to disclose who filed the complaints, what section of the Code of Conduct bylaw was alleged to have been breached and where the city was at with investigating these two complaints.

"Unfortunately, we cannot say anything about these matters until they are initially dealt with in camera on Monday," wrote Cory Sinclair, manager of corporate communications and design, in an email.

Any motions made by councillors after the in camera debate will happen in public, Sinclair wrote.

"If Council elects to debate and/or pass any motion(s) after the closed session, that will all happen in public and answers to the questions you asked will be available at that time."

The city did not respond to the Gazette when asked how the public could speak to two of the complaints without knowing which members of council were involved.

News of Hughes' trip to Mexico was confirmed earlier this month after Heron wrote an open letter vocalizing her disapproval of the decision. As the last council meeting of the year wrapped up on Dec. 21, Heron told Hughes she was "jealous" watching the sun set in Hughes' video, commenting on the palm tree-shaped shadow cast in the background over Zoom.

For the complaint against Hughes, when asked, the city provided the Gazette with the name of resident Bill Horne, who filed the complaint. The city also told the Gazette Hughes was alleged to have breached one or both of Section 7 (c) and (d) of the Code of Conduct.

The city's new process of investigation for complaints made against members of council was then discussed publicly during the city council meeting on Jan. 11. During the meeting, David Leflar, city director of legal and legislative services, suggested that the public be allowed to speak to the matter once it comes back to council.