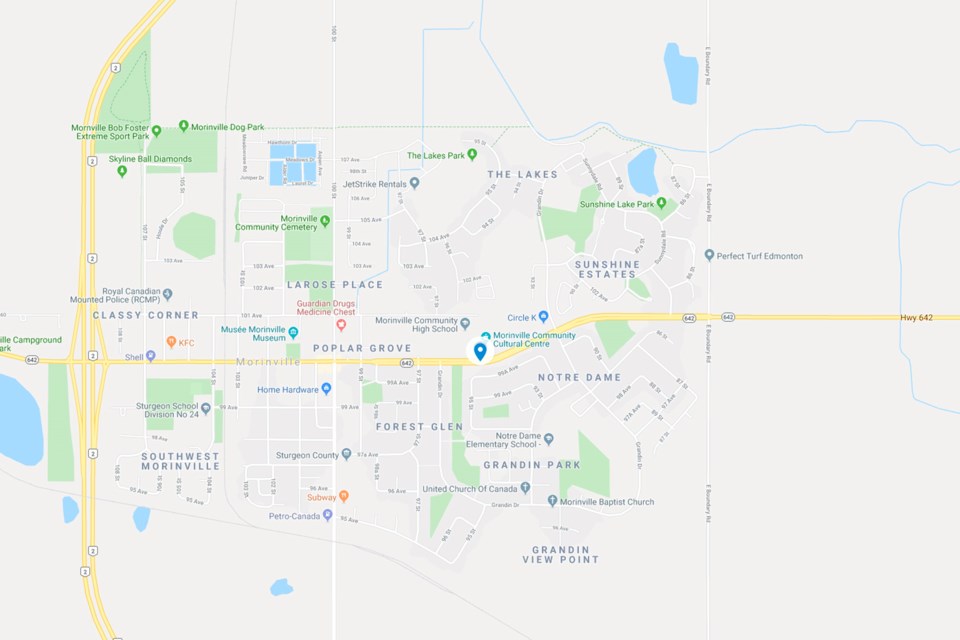 A youth was struck in a marked crosswalk in Morinville Wednesday morning.

A youth was struck by a minivan in Morinville Wednesday morning while crossing the street in a crosswalk.

The youth was taken to hospital with serious but non-life-threatening injuries by ground ambulance. This is the second report of a youth being struck by a driver in a crosswalk in Morinville since school started in September.

On Wednesday morning at around 7:50 a.m., RCMP responded to a vehicle versus pedestrian collision in the crosswalk at 100 Avenue across from the Morinville Community High School.

One male was charged with failing to yield to a pedestrian in a crosswalk.

The incident happened only a few blocks away from where an 8-year-old girl was struck by a minivan on Sept. 16. The girl was hit at the intersection of 100 Street and 101 Avenue. The girl was taken by STARS air ambulance to a hospital and will spend the next three months at the Glenrose rehabilitating.

Morinville RCMP would like to remind everyone that school is in session and both drivers and pedestrians need to exercise caution on the roadways.