The new Plastics Alliance of Alberta will bring together industry, government, and academia to not only produce better plastics but reduce negative environmental effects while still building the economy. It can be done and it must be done, representatives say.
Aug 1, 2020 8:00 AM By: Scott Hayes 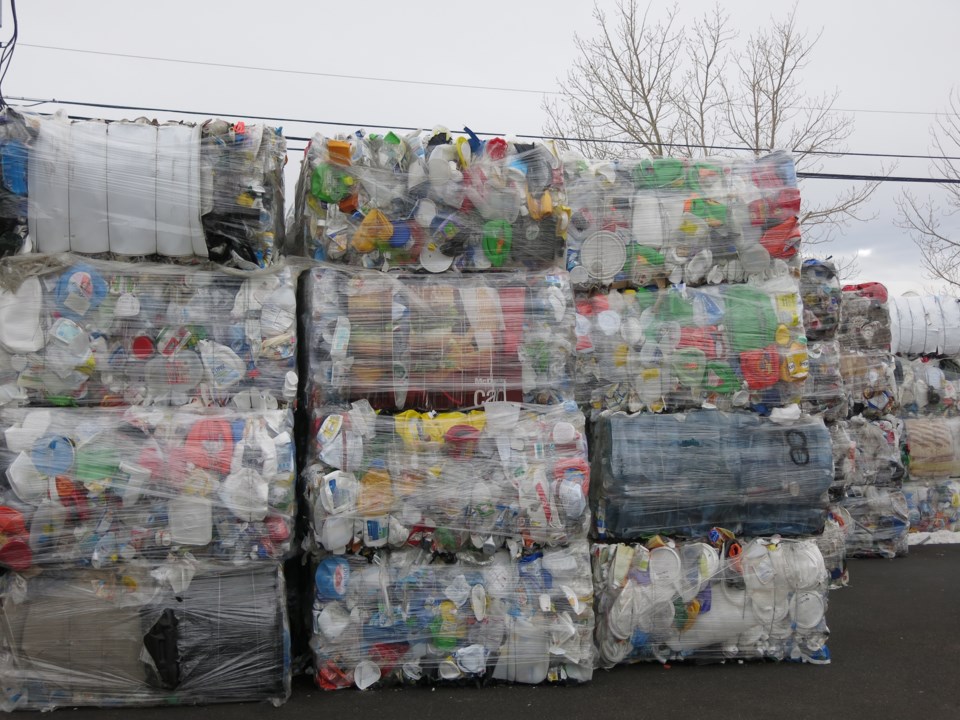 RECYCLING COUNCIL OF ALBERTA/Photo 3.3 million tonnes of plastic went to Canada's landfills in 2016, a figure that was 12 times higher than what was actually recycled. The newly-formed Plastics Alliance of Alberta will strive to

Alberta’s plastics sector is about to get a major overhaul, one that will turn proverbial trash into treasure.

The secret, say representatives of the newly-struck Plastics Alliance of Alberta, is to build a plastics circular economy.

“The Alliance will help identify actions to ensure that Alberta's plastic sector creates plastics that can be redesigned, reused, recycled, and reduce waste and emissions while restoring ecosystems,” began co-chair Deborah Pietrusik, a research and innovation consultant with NAIT Industry Solutions.

A circular economy for plastics, she continued, is basically an economic system that focuses on product life cycles.

“How we're looking at this is that plastics are redesigned to ensure that they have the ability to become raw materials to create new products in the market. This will address environmental concerns regarding pollutions and plastics going into landfills but it also stimulates new opportunities to advance innovation and investments that bring economic and social benefits to communities.”

“It's looking at a slightly different paradigm. The keys are that we actually redesign our systems so that they're designed to avoid waste rather than manage waste or deal with waste. We need to design out the waste. At the same time, we need to do a better job of creating materials and products that can really be retained in the system for an extended period of time. That's definitely key so that things have longevity as opposed to being disposable. We actually work more in harmony with nature, so that our systems actually regenerate natural systems rather than creating impacts on natural systems.”

The alliance will be a collaborative effort between 20 as-yet-unannounced members of industry, along with government and NAIT Industry Solutions. Its goals are to create reusable and recyclable plastics that generate no waste or emissions and restore ecosystems harmed by the manufacturing of hard-to-recycle or single-use products.

Alberta is already one of Canada’s largest manufacturing locations of plastics, they noted, so this new initiative has massive implications across the board. According to information provided by the Chemistry Industry Association of Canada, Alberta’s chemistry and plastics industry was valued at $12.1 billion and employed about 58,400 people either directly or indirectly last year alone.

A press release from NAIT announcing the new alliance also noted a study by Deloitte and Cheminfo Services Inc. found 3.3 million tonnes of plastic ended up in Canadian landfills in 2016. That waste was 12 times the amount of plastic that was recycled. That report also suggested major changes to recycling in Canada could see 90 per cent of plastics avoid landfills by 2030 through “new investments in recycling and changes to government regulation and consumer willpower.”

Associate Minister of Natural Gas and Electricity Dale Nally, who is also the MLA for Morinville-St. Albert, said Alberta needs to play a larger role in reducing negative environmental impacts while striving to produce better plastics.

“As global demand for plastics grows, initiatives to support responsible manufacturing become even more important. The Plastics Alliance of Alberta will play a critical role in our pursuit to reduce plastic waste while also supporting job creation, and economic growth and diversity. By working together, Alberta is demonstrating our leadership as a responsible plastics supplier for Canada and the world,” he said.